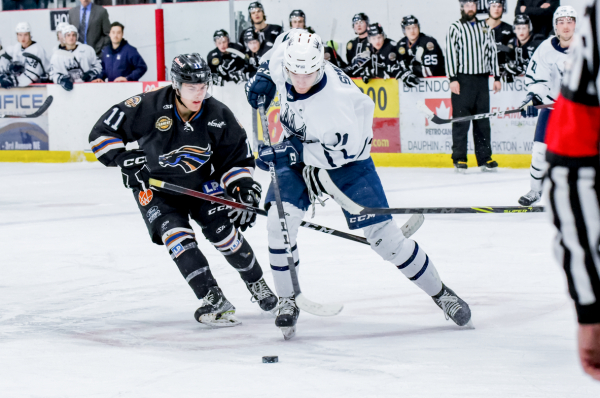 The Dauphin Kings are heading into their Christmas break on a five game point streak following an overtime win and a shootout loss over the weekend.

On Friday the Kings opened up a 2-0 lead in their second period with Swan Valley, only to see that advantage evaporate midway through the third when the Stampeders took a 3-2 lead.

Jakob Brook notched his second goal of the night with just three seconds remaining in the final frame to get Dauphin to overtime where Mason Smith tallied his ninth of the year on the man advantage to give his Kings a 4-3 decision and an important two points.

“I liked our pushback, we came back in the final minute and found a way to get it done in overtime. We can’t keep chasing games like that but at the same time we’re coming back against some pretty good hockey clubs.”

It was more of the same on Saturday night at Credit Union Place when the Kings faced a Waywayseecappo team they are also chasing in the standings.

Dauphin looked like a group that had already checked out for the Christmas break 23 minutes into the contest, but they again pushed back and rebounded from a 3-1 deficit.

The Kings took the lead in the third period on Mathew Gough’s 12th of the season.

However, with just over a minute to play the Wolverines evened things up again when Nolan Grier scored his 11th. The goal was initially called after bouncing off the crossbar despite the goal judge and crowd behind the Dauphin goal voicing their opinion that the puck never did cross the line.

Five minutes of overtime solved nothing. In the shootout both Gough and Jamie Valentino missed for Dauphin while Grier notched the winner for Waywayseecappo.

Hedley says the games right before the Christmas break are sometimes the most difficult ones to play in during the regular season.

“It’s tough. Guys know they’re leaving the next day and Wayway still has a game on Tuesday. They came at us with some good jump and we have to give them credit for that. But at the same time we weren’t skating or battling and we were getting outworked on every part of the ice in the first half of the game. Our goalie, Marko Belak, was outstanding and gave us a chance to get back in it and we did.”

Despite the Kings’ five game point streak Hedley knows his team cannot keep playing three point contests, especially against clubs they’re chasing in the standings.
“We have a really good group this year. There’s guys in the room with a lot of purpose. These last few games have been three point games but at the same time for us we almost didn’t get any and we ended up with two.”

The Kings close out 2022 with a record of 18-12-2-1 for 39 points. Entering the week they sit tied with Waywayseecappo for third in the West Division and are just two points back of the OCN Blizzard for first.

Dauphin is back from their Christmas break, Jan. 6, when they visit the Winnipeg Blues. They will return to Credit Union Place for their first home game of 2023 on Jan. 7, when they play the back end of a home-and-home with the Blues. The CJHL trade deadline looms on Jan. 10. 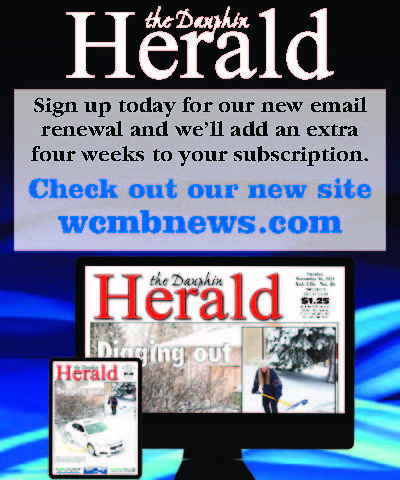